The design of the new offices of the Expedia group in Athens was a challenge for A&M and a chance to develop the long-term relationship with Expedia even further.
With the new corporate policy of Expedia to emphasize the use of local features, materials and textures, hoping for a balanced architectural effect, an industrial space of 1200sqm became home to the new Expedia Group company in Athens, right across of its old building. Clean lines and geometries have been selected to plan the space while the organization of the layout imitates the organization of a typical network organization of a city such as Athens.
Open workstations are located along the bright perimeter of the building to maximize natural lighting exposure. A central spine that forms the central path, is meant to organize a layout that maximizes circulation efficiency and offers an interesting journey through its geometries. Interesting visuals and a tour between wooden blocks hosting multi-purpose conference rooms maximize a spatial organization and scale down the 1200sqm space. The aim was to make this proposal an independent composition, a construction that is introduced into an existing shell. The industrial character of the building that hosts the new offices is kept, leaving the metal structure and ceilings visible on the roof. Unlike the shell, the input materials are natural, earthy and with high acoustic properties.
The design and atmosphere of the new Expedia office were implemented in a way making this project one of A&M's biggest successes in the office sector. 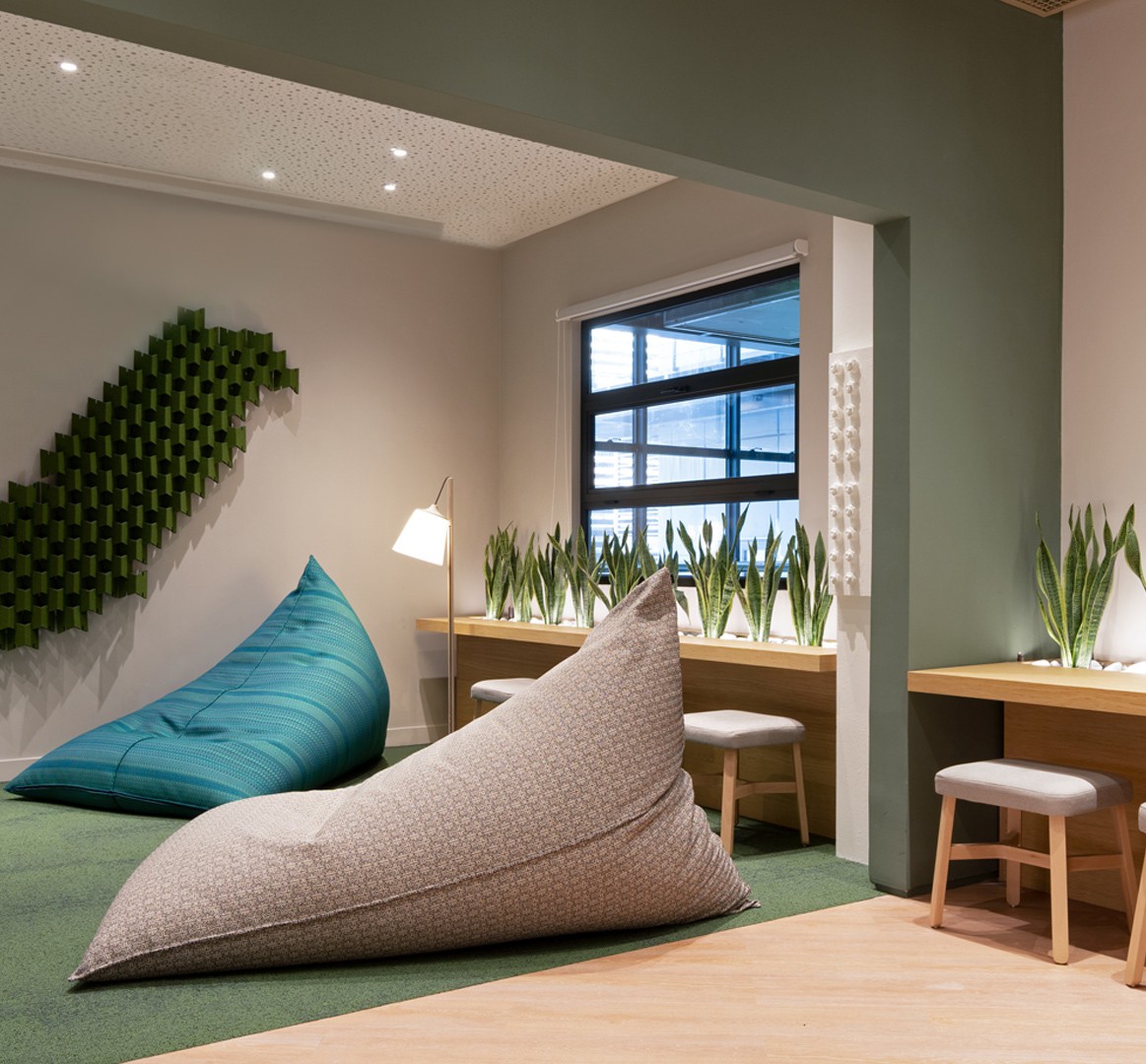 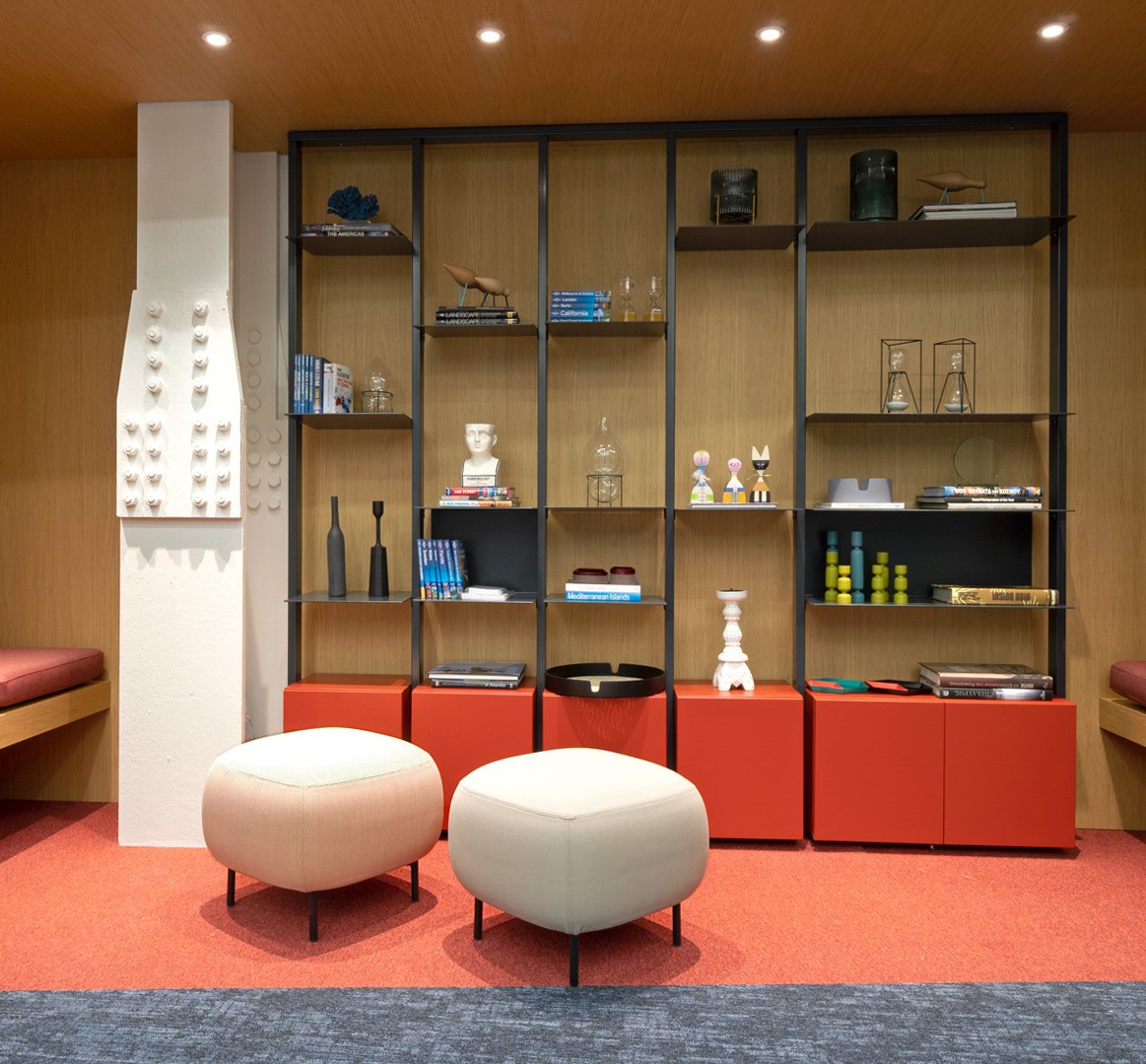 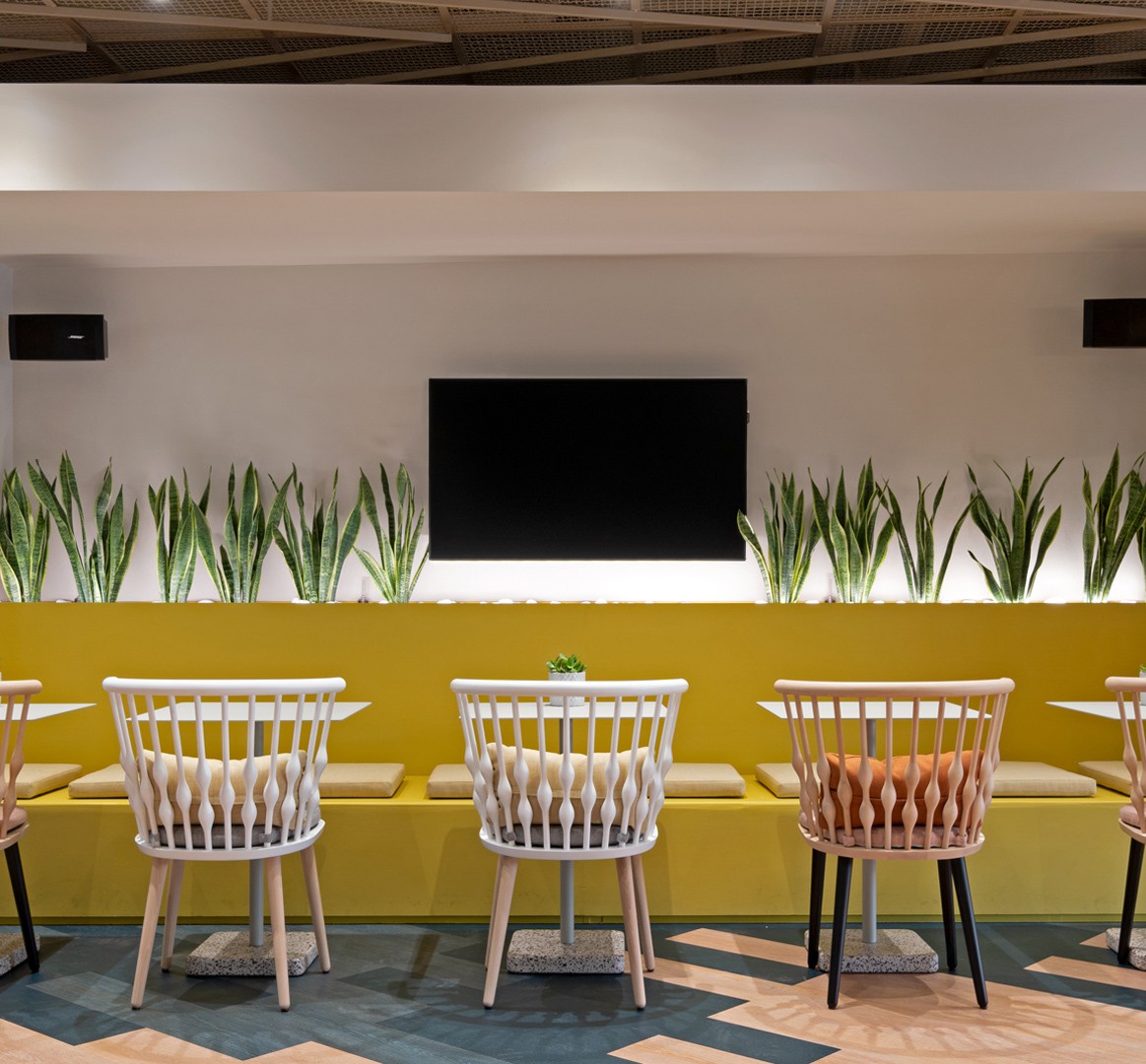 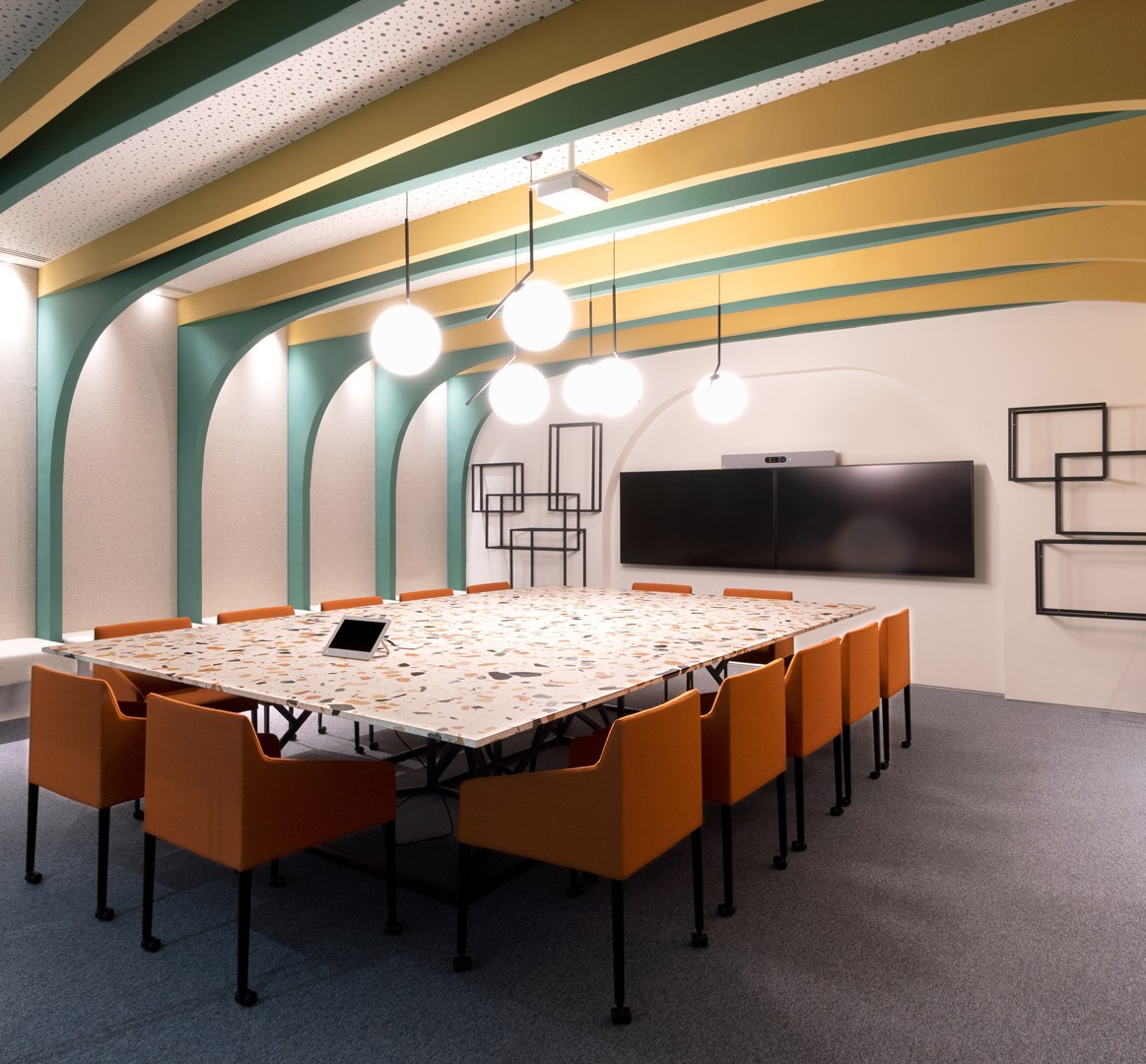 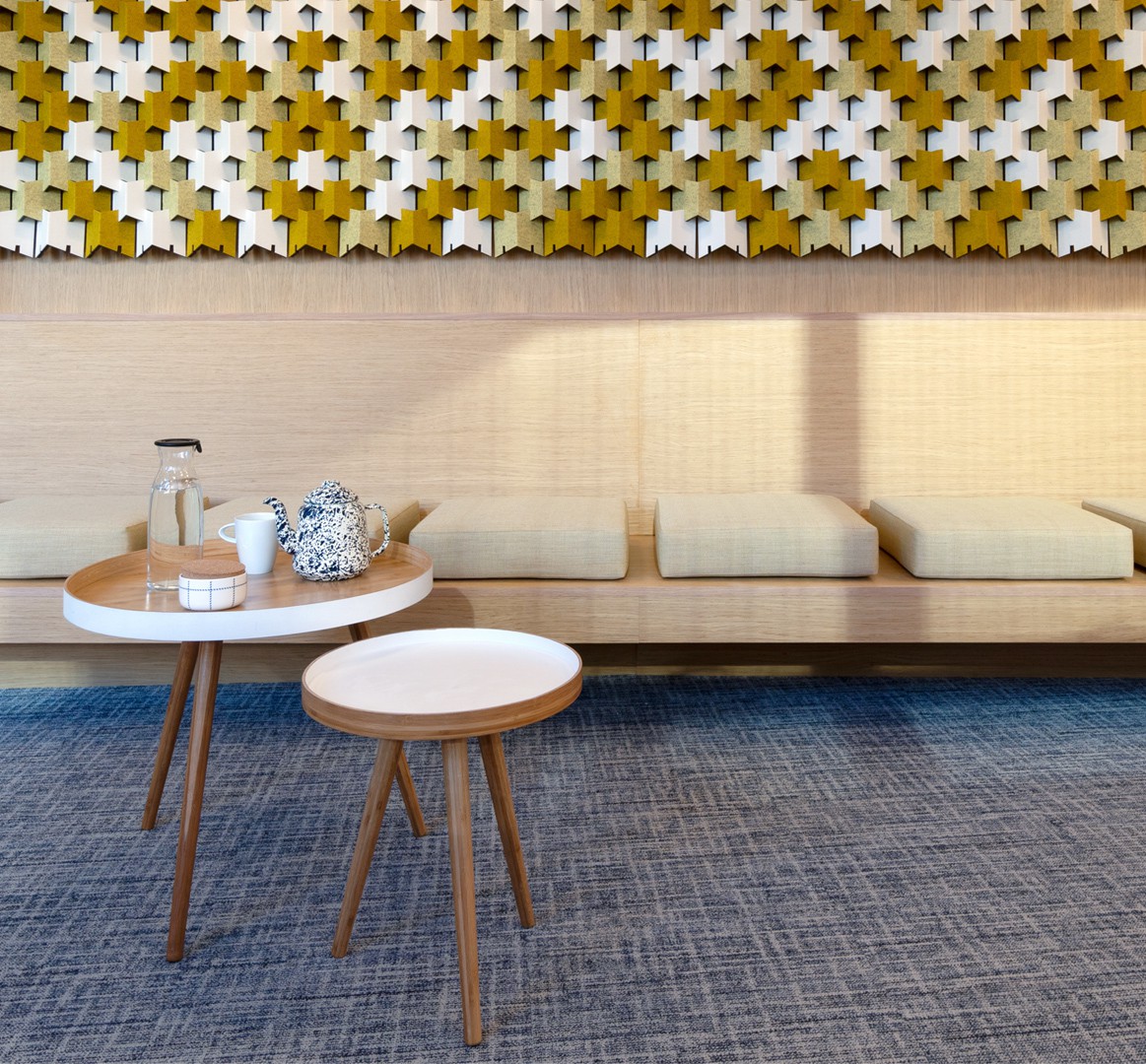 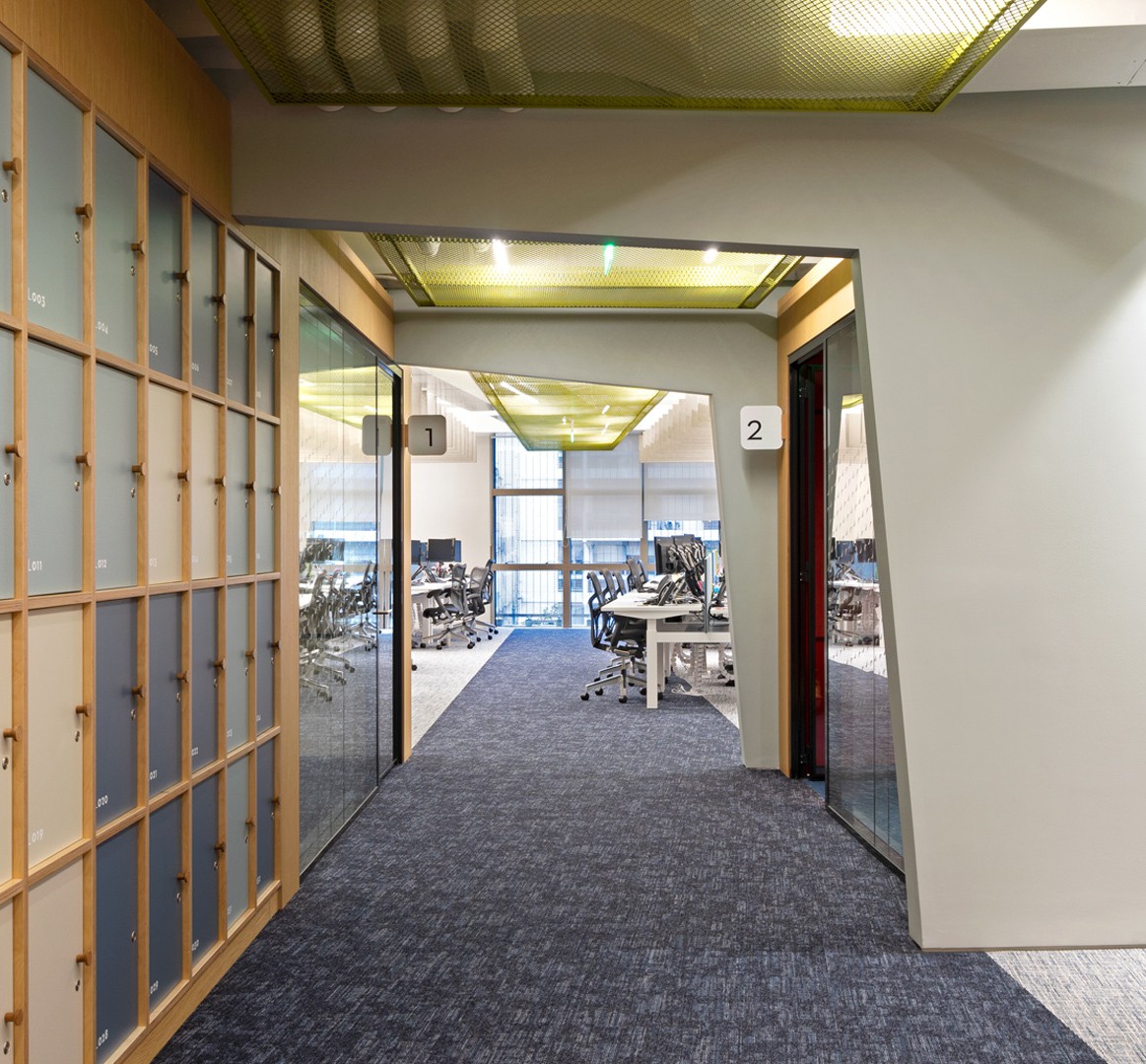