Similarly to the Greek term νόστος, used in Ancient Greek literature and describes the feelings of an epic hero returning home by sea, the identity of Methoni Wellness Center revolves around memory and the feeling of reaching something familiar. In Ancient Greek society, it was deemed a high level of heroism or greatness for those who managed to return. This journey is usually very extensive and includes being shipwrecked in an unknown location and going through certain trials that test the hero. The theme of Nostos is brought to life in Homer’s Odyssey, where the main hero Odysseus tries to return home after battling in the Trojan War.
The design approach aims to create a unique wellness retreat connecting Ulysses’ Hotel premises, located at the historical center of Methoni, by combining local history and its traditional hues, in respect of architectural typologies and materiality. It is about creating the essence of a homey, familiar destination – an opportunity to make memories. An introvert core with perimetrical walls was suggested, as a way of enclosure expression & privacy gradation, with Methoni Castle being the Archetype & Reference Point. The higher volumes, where the private villas are situated, are placed at the plot’s perimeter, as partial extrusions and points of reference. The perimeter consists of 4 villas, a massage room and other auxiliary spaces, while an intermediate circulation zone with an L shape stone wall is acting as a privacy filter to the centered yard. At the plot’s secluded core, the pool area is located, surrounded by a colorful garden of local vegetation and the covered yoga space with its open-air roof terrace. 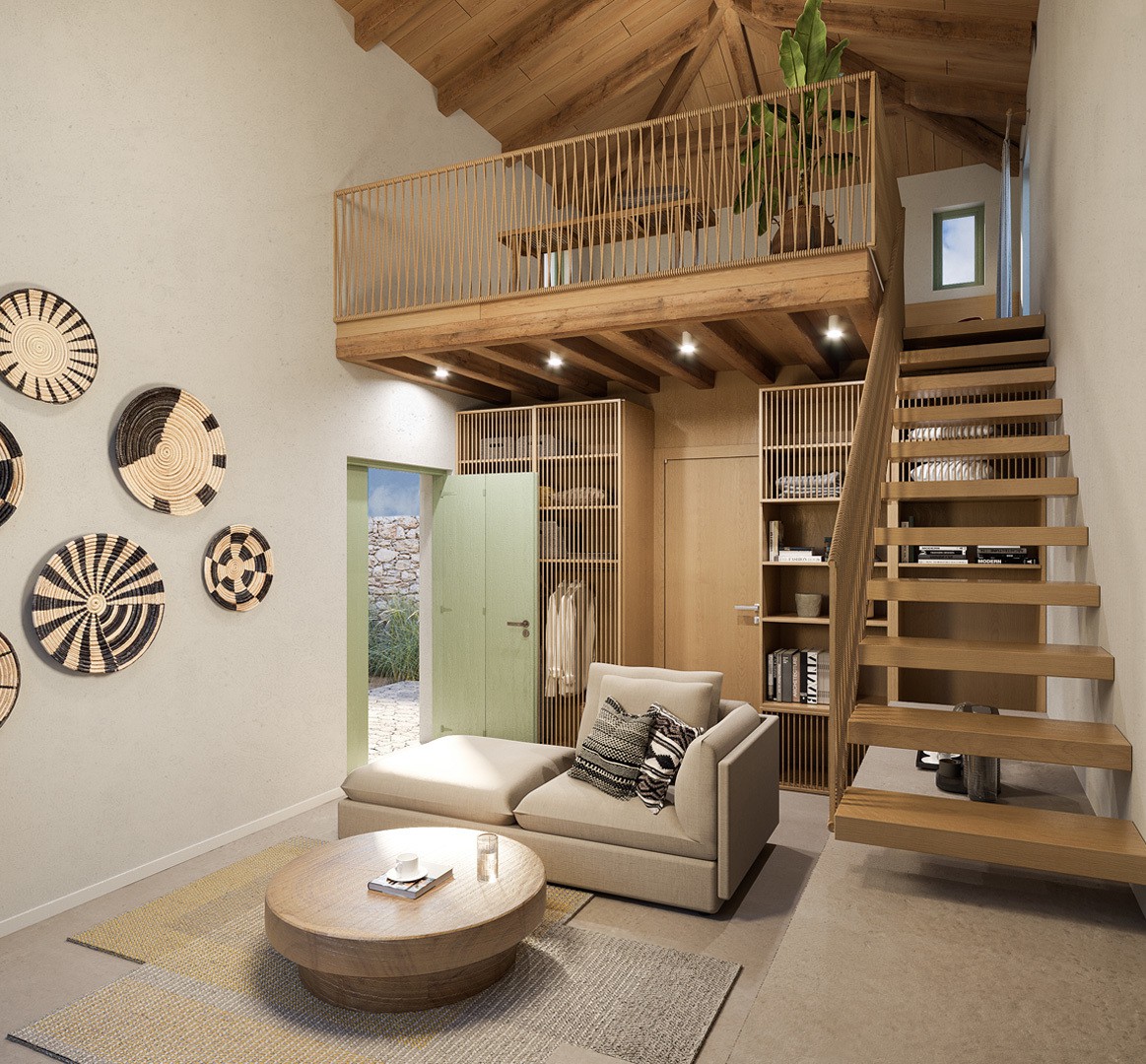